With Window Shrinking, The Time is Now

The Canucks have been active reshaping their team ahead of the upcoming season. GM Ratcliffe got to work quickly after the season ended..."We know we have a great group of players in their prime on great contracts led by MacKinnon, Scheifele, Huberdeau and Point and we weren't ready to throw in the towel yet. We came up short at the end of last season as we made a push to make the playoffs but we are hungry this year to improve."

The deal that sent Josi to Miller was strategic to finish off the top 6 and add some sandpaper to the skill up front. Knowing the Free Agent pool was littered with quality defenseman the team quickly signed Pulock to fill out the top 4 defence, and added depth defenseman Chris Tanev to fill out the 3rd pairing. The team then dealt futures with a 1st round pick for Carey Price to sure up the goaltending situation. "While Flower provides some quality goaltending, he is on the back of his career and we knew if we were gonna go deep this year we needed to add a piece to the crease. When Price became available we knew we had to act to bring him in. We are happy with our team and will add some depth pieces to finish off the offseason, but we are excited for the year to begin!" 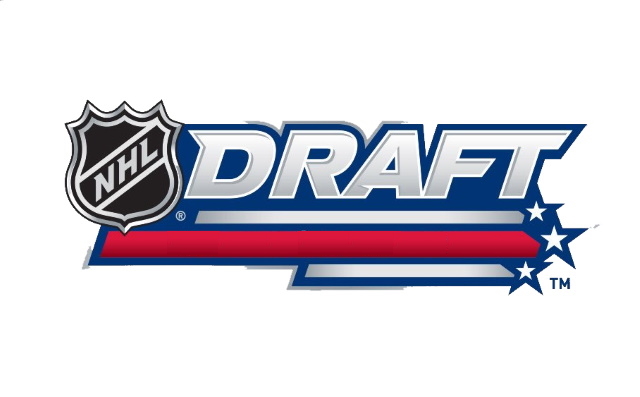 Results have been run via Random.org

Outcome is this years draft will be from the odds class!

Odds class can be found here

With roughly 48 hours left until this seasons trade deadline passes, the Western Conference leading Calgary Flames have made it publically known just what moves exactly they anticipate happening once the dust has settled.

Pardon? Is that to say the Flames aren't looking to gear up for the playoffs?

"Look, I think our team is as complete as it's gonna get. We went through alot of changes this season to address our weaknesses and get to the point we're at. Once we brought in Zinger I had a look at things and watched the last game (A 6-2 thrashing of division rivals the Vegas Golden Knights) and I really can't see any holes that need filling."

The Flames definitely have a much different roster than they started the season with. Bringing in the likes of Esa Lindell, Ryan Suter, Anthony DeAngelo, Matt Calvert, Ryan Dzingel and the leagues fifth leading scorer, Tomas Hertl, have led to Calgary being red hot in the second half of the season.

So is that to mean the Flames had nothing going on after their latest trade?

"We had a couple irons in the fire. One GM has me on block for some reason and another is a tease."

So nothing possible moving forward?

"Well that GM to the north of us keeps wanting to make a deal. But what he keeps asking for is....let's just say everyone knows the air is a little thin up there in Edmonton."

There you have it. It seems as though the trade deadline news won't include the Calgary Flames. It appears as though they'll wait to make some noise in the post season!

GET YOUR TRADE FIX IN BEFORE THE DEADLINE!

The Flyers began the new season with some of the top players in the game. Claude Giroux, Taylor Hall, Phil Kessel, Jordan Binnington, and the list goes on. Even though they had this crop of allstars, they also managed to assemble one of the best crops of youngins in the game, including Jack Hughes, Connor McMichael, Joel Farabee, Adam Fox, and more. Despite having the crop of allstars up front that they had, the Flyers struggled during the early goings of the season, and GM Cook decided that was unacceptable and is taking the team towards a rebuild, acquiring more top pieces and first round picks along the way. Lets take a look at these trades:

Trade 1: Brock Boeser to Buffalo for future superstar dman Mikhail Sergachev in a 1 for 1 type deal.

Trade 2: Dman Ryan McDonagh goes to the Jackets in exchange for young dman Vince Dunn and prospect: Jack Dugan. The Flyers are hoping Dugan can have a solid juniors/college career, though this move was more of a cap move than anything.

Trade 3: Phil Kessel + Y2 2nd round pick is sent to the Senators for Sean Monahan

Trade 4: Taylor Hall goes to the Rangers for a "Hall", getting a couple young reliable players back in Anthony Beauvillier, Travis Sanheim, a solid middle guy in Jaden Schwartz, and NYR Y2 1st round pick.

Trade 4: Another deal with the Rangers, this time sending veteran Claude Giroux and Jordan Binnington to the big apple, in exchange for young superstar Mitchell Marner.

Trade 7: Sean Monahan is sent to LA, seeing another young stud in Kirby Dach and LAK Y2 1st round selection coming back to Philly.

Moving in are: 5 additional 1st round selections, 2 of which are sitting outside of a playoff position heading towards the trade deadline, Dach, Beauvillier, Oettinger, Sergachev, Marner, Chabot, Malkin, Sanheim, among others.

In short, anyone would be hard pressed to find a deeper prospect pool than the Flyers right now, and that will only get deeper after these next two drafts. Are all of these players expected to stay in Philly? No one knows that, but time will tell, and the Flyers certainly have the pieces to build around going forward.

Back to the Top